Net profit vs gross profit for your home!

Brian Sullivan: Hey, guys. This is Brian Sullivan with World Class Ventures, your local San Diego house buyer. Hey, I want to discuss a deal that unfortunately I couldn’t work out with the seller, but I just want to kind of tell you the situation and just discuss it a little bit, pretty much what happened.

I talked to a seller for a long time who had a property in Clairemont. He had a sister in his property, which he inherited with her. And it was really hard to get her out. So pretty much what they had to do is get a sheriff and they had to evict her and go through probate and everything like that. And during that time frame, I had given him an offer of, I think it was about 500,000. So he was going back and forth. He thought it was a fair offer looking at the comps and looking at how much repair the property needed. It needed a ton. I felt like it was a pretty fair offer as well. But once talking to his lawyer and he talked to a real estate agent and he decided to go through a real estate agent, which is fine. I totally understood.

But what then ended up happening was, and I did tell him this, he said, “Well, the house is in such bad shape that you may not get much more than the 500. And if you do, then you’re going to have to pay an agent. And you’re going to have to pay all the closing costs, and all the escrow fees, and all that other stuff. With us, we don’t have to pay anything. It’s just as is. There’s no repairs. There’s no closing cost. Just no commissions. And you just walk away from the house.” But after, I think, got a little pressure from his lawyer and the real estate agent, which I get.

Again, I totally understand. The only problem I sometimes have with that is that, even with the real estate agent, if they don’t sell the house, it doesn’t matter to them. I mean, yes, they want the commission, but they’re not losing that much money if it goes for even 500 to 510. Which 510 was the actual end sale price. So after commissions, 5%, and then also closing cost, he ended up actually losing probably about $20,000. So he probably ended up getting about 480 rather than the 500.

So not to say that doesn’t … sometimes you wouldn’t get more, but in this case, he actually got less. So sometimes that’s sometimes a word of caution. Going in, you’re not always going to be getting a net amount. It may look like it on the outside, the sale price, the gross sale price will be higher. But then your net, what you’d actually be taking home, which really is the most important thing, you may not be getting that full amount. So just always look at the positive, the pros and cons of every situation and make your best judgment. But in this case, he definitely would’ve gotten a lot more for his house.

That’s the situation that happened on this one, but I’ll discuss more in the future. Hope you’re having a great day. If you have any questions or want a cash offer for your house in Clairemont or anywhere else in Sand Diego County give me a call, 760-201-0911. Or visit us at wcvhousebuyers.com. Thanks so much. 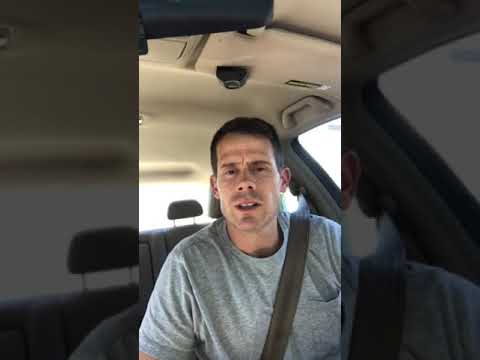 Thanks for making it easy during this tough time!!

That looks great. Your guys did a great job I do appreciate all you did to help us.

Yay! Thx for all your help Brian!!

Get Your Fair Cash Offer: Start Below!

We buy houses in ANY CONDITION in California. There are no commissions or fees and no obligation whatsoever. Start below by giving us a bit of information about your property or call 760-201-0911...